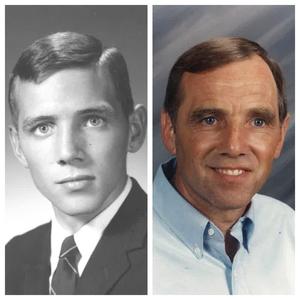 Five new members will join the Lincoln County High School Hall of Fame including Bobby Alder in the Educator Division.

A Fayetteville native, Alder entered the education ranks in 1989 after 20 years of running the family-owned construction company, Robert Alder, Inc. He taught drafting at Lincoln County High School from 1989 to 1993. During that time, he also served as head coach of the Falcon baseball team as his youngest son Jeff played right field.

Bobby received his master's degree in vocational-technical education from Middle Tennessee State University in 1992 and later earned an educational specialist degree in administration and supervision. In 1993, he became Supervisor of engineering, construction and maintenance for the Lincoln County Department of Education. He remained in that role until his retirement in 2011, traveling the entire county to ensure each school in the system received his full attention.

Alder was very active in the Lincoln County community, serving as a mentor and coach to countless young people. In addition to his coaching stint at LCHS, he coached baseball and basketball in youth leagues for more than a decade, leading his teams to multiple championships.

Bobby Alder passed away on March 6, 2018 at the age of 74. His family is humbled by his induction into the Hall of Fame and thanks the Lincoln County community for honoring his legacy.