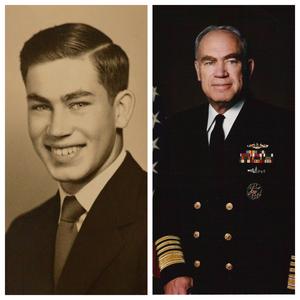 Five new members have been chosen to enter the Lincoln County High School Hall a Fame. Admiral Frank Benton Kelso II will enter the hall of fame as a Legacy Member.

Frank Benton Kelso II was born on July 11, 1933 in Fayetteville, Tennessee, the only child of Thomas Benton and Wista Muse Kelso. He came from humble origins; the son of a postman and a mother who clerked in the county courthouse. His life was strongly influenced by Kelso family ties to Fayetteville dating to 1807 when Henry Kelso settled in Lincoln County.


A major part of Frank’s naval career involved the submarine service. He had numerous assignments eventually culminating in the command of two nuclear powered submarines, the USS Finback and the USS Bluefish, and a submarine squadron in the Pacific. As an admiral, he commanded the U.S. Sixth Fleet in the Mediterranean Sea, the U.S. Atlantic Fleet, and was the NATO Supreme Allied Commander Atlantic.  In June 1990, he became the 24th Chief of Naval Operations, the highest ranking officer of the United States Navy.


After a naval career spanning almost four decades he retired from active duty and returned to Fayetteville. Frank and Landess spent the rest of their lives in their hometown among life-long friends actively participating in the Fayetteville community.