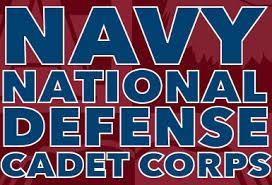 The Naval Cadet Program at Lincoln County High School has been invited to participate in the 75th D-Day Anniversary in Normandy, France through the Historic Programs and D-Day Parade Committee.   June 6, 1944 will forever be known as "D-Day" which marked the Allied invasion of German occupied France at the beginning of the Liberation of Europe from Nazi tyranny.
In June of 2020, the "D-Day Anniversary Parade" and "International Salute to Liberation" will commemorate the 75th Anniversary of the End of WWII, while saluting America's war veterans, and our active military men and women and their families.  These officially recognized events will feature America's outstanding performing ensembles, JROTC and Cadet programs along with music ensembles from throughout Europe in an unforgettable and historic tribute.
The parade will step off on June 6, 2020 in the French village of Sainte-Mere-Eglise, the first village to be liberated by American troops.  The parade will feature active and retired military personnel, music ensembles, as well as cultural and civic groups.
In addition to the parade, Historic Programs will present two official public ceremonies, which will take place at the St. James American Cemetery on June 5th, and at the Normandy American Cemetery on June 7th.
Senior Chief Siegfred Pitpitan of Lincoln County High School Naval Cadet Program, made the announcement regarding the invitation at the October school board meeting.  Chief Pitpitan stated that additional information about the trip and how the community could help with this invitation would be provided in the near future.
Print