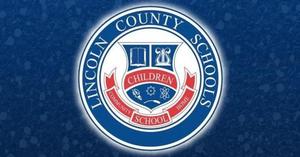 Officials with the Lincoln County school district announced the district received the fiscal year ’22 “Safe Schools Grant” during the Nov. 1 school board meeting. The grant is awarded each year by the Tennessee Department of Education.

Safe Schools funds are provided to decrease the likelihood of violent or disruptive behavior and to protect students and staff from harm when such behavior may occur. The funds are available to all Tennessee public school districts and may be used for one or more purposes, including facility security and planning, school safety personnel, violence prevention, training and drills and behavioral health.

Monies awarded to Lincoln County School include $84,160 contingent on a local match of $15,740, totaling $99,000. Lincoln County Department of Education plans for the money include updates and additions to security cameras, communication systems and cybersecurity. Safety enhancements at schools including entrance areas and perimeters are being addressed. Personnel is being put in place to address improved attendance, academic achievement, reduce discipline referrals and recidivism rates.

“We are grateful for the opportunity to use these funds in supporting Lincoln County Schools’ belief in a whole child approach to education: Academically, Emotionally, Morally and Physically,” said Terri Smith, coordinated school health supervisor.

Director of Lincoln County School Dr. Bill Heath took the opportunity during the meeting to thank each of the school principals for the job they have done this past year and the achievements that have been seen throughout the system.

Dr. Heath commended the principals for leading their schools through the turbulent times of the COVID-19 pandemic while still seeing school achievement and growth scores increase across the district.