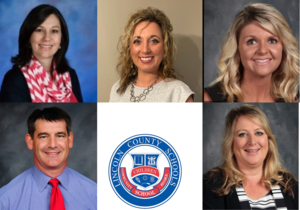 Dr. Sidney Ogle has also been named as an assistant principal at Lincoln County High School succeeding Mrs. Sandy Sorrels, who recently accepted an administrative position with Bedford County Schools. Dr. Ogle has served as assistant principal/curriculum coordinator at South Lincoln School for the past six years. She has been actively involved with several initiatives at the district level.  Dr. Ogle will work with curriculum and instruction.

There are three administrative positions left to be filled. The LCHS Athletic director was left vacant when Jeff Bell took the Athletic director position with Whitesburg Christian Academy in Huntsville. South Lincoln School has an assistant principal/curriculum coordinator position open due to Dr. Ogle’s moved to LCHS and Highland Rim School has an assistant principal opening due to Dr. Pickens moving to the principal’s position.

In speaking with Dr. Bill Heath, Director of Schools, about the administrative assignments for the upcoming school year, he stated, “ I am excited about our administrative teams for the 2022-2023 school year. Our job is to place leadership personnel into positions that make the Lincoln County Schools’ team the best for all our students, and I have no doubt we have accomplished this as we prepare to begin the new year. I am also very excited about our folks that are in the pipeline for future administrative roles.”