Board Passes Resolution on Voucher Stance 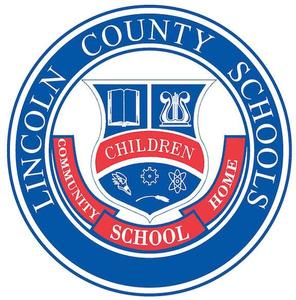 The Lincoln County Board of Education approved the following resolution on their stance on vouchers at the February 2nd board meeting.

WHEREAS, the Lincoln County  Board of Education is responsible for providing a local system of public education; and

WHEREAS, the Tennessee General Assembly in the 2019 legislative session may entertain legislation that would create a voucher program allowing students to use public education funds to pay for private school tuition; and

WHEREAS, more than 50 years have passed since private school vouchers were first proposed, and during that time proponents have spent millions of dollars attempting to convince the public and lawmakers of the concept’s efficacy, and yet, five decades later, vouchers still remain controversial, unproven, and unpopular; and

WHEREAS, the Constitution of the State of Tennessee requires that the Tennessee General Assembly “provide for the maintenance, support and eligibility standards of a system of free public schools”, with no mention of the maintenance or support of private schools; and

WHEREAS, vouchers eliminate public accountability by channeling tax dollars into private schools that do not face state-approved academic standards, do not make budgets public, do not adhere to open meetings and records laws, do not publicly report on student achievement, and do not face the public accountability requirements contained in major federal laws, including special education; and

WHEREAS, vouchers have not been effective at improving student achievement or closing the achievement gap, with the most credible research finding little or no difference in voucher and public school students’ performance; and

WHEREAS, vouchers leave many students behind, including those with the greatest needs, because vouchers channel tax dollars into private schools that are not required to accept all students, nor offer the special services they may need; and

WHEREAS, voucher programs divert critical dollars and commitment from public schools to pay private school tuition for a few students, including many who already attend private schools; and

WHEREAS, vouchers are an inefficient use of tax payer money because they compel taxpayers to support two school systems: one public and one private, the latter of which is not accountable to all the taxpayers supporting it; and

NOW THEREFORE BE IT RESOLVED, that the Lincoln County Board of Education opposes any legislation or other similar effort to create a voucher program in Tennessee that would divert money intended for public education to private schools or organizations.

LINCOLN COUNTY BOARD OF EDUCATION